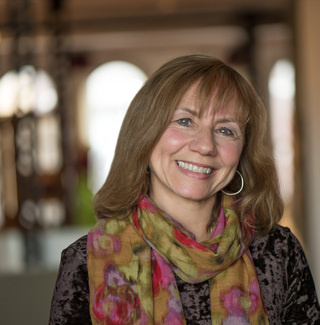 I was born and raised in Montclair, New Jersey, a quick bus ride away from New York City. The city’s skyline glistened like Oz from the town’s highest points, always beckoning me. By the time I was twenty-four, I had my own tiny apartment on the Upper West Side. Today I still live in the same neighborhood, halfway between Central Park and Riverside Park, in a somewhat-larger apartment, where I brought up my two children.

I grew up in a multi-generational home, in a big old house with my two younger siblings, my parents, my maternal grandparents and five succeeding boxers, each one named Ducat. Both my mother and father had been born and raised in Poland, and were forced to leave at the start of World War II. Polish was the language of the house, where we practiced many Polish traditions and ate many Polish foods.

From the moment I learned to read, I loved nothing more. My strongest childhood memory is being curled up in my favorite chair in the living room with a book, my father lying on the couch next to me, with his book. It seemed only natural to me that I should create what I so love. I can’t remember a day of my life when I didn’t believe I was, and would always be, a writer.

I studied French, the classics and comparative literature at Brown University and then, more informally, in Aix-en-Provence, France, for a year. I returned home and started a career in publishing. I have been writing, editing and publishing articles, book reviews, magazines and books ever since. In 2008 I became a regular children’s book reviewer for Publishers Weekly magazine; I report on children’s book events and interview children’s book authors and illustrators for the magazine, as well. I’ve also been lucky enough to be a part of several school communities in New York, working in their libraries and teaching writing, reading and even--briefly, and to my astonishment--second-grade math.

When I was about twelve years old, I discovered the poem "Renascence" by Edna St. Vincent Millay. As I write in A Girl Called Vincent, the poem “was a very long one—more than 200 lines—but the rhythm of the words, the very clear images and stirring emotions, kept me reading. By the time I had finished it, I was puzzled, moved and intrigued all at once. I started reading it again.

“That poem was Edna St. Vincent Millay’s 'Renascence,' and I have never forgotten the experience of reading it in my attic bedroom, over and over again, feeling chills and heat and fascination. I was a young girl who believed herself a poet, and this poem was deeply inspiring.”

That experience was the beginning of a lifelong fascination with the poet and her poetry. When I started to learn more about Edna St. Vincent Millay, and found out that she was nineteen years old when she wrote this poem, I wasn’t especially amazed. I was sure I could write a poem like that by the time I was nineteen, or sooner. Her life, however, did seem amazing to me. It sounded romantic and exciting, and I could tell that it was the way she wrote about it in her poems that made it so.

Even though I never wrote any remarkable poems, throughout my life, I have continued to find insight and sustenance in Vincent’s. During periods of romantic heartbreak, I nearly memorized her love sonnets (“You all have lied, who told me Time would ease me of my pain!”); when the wanderlust hits me, I think, “There isn’t a train I wouldn’t take/no matter where it’s going.” And on particularly gorgeous days I find myself proclaiming (in my head, that is): “Oh world, I cannot hold thee close enough!”

The publication of A Girl Called Vincent is a dream come true for me, a dream that I have carried since that evening in my attic bedroom, when Vincent’s words first entered my spirit.

Books for Young Readers and Adults

Books for the Educational Market

The Society's mission is to illuminate the life and writings of Edna St. Vincent Millay, and to preserve and interpret the character of Steepletop, her home and gardens