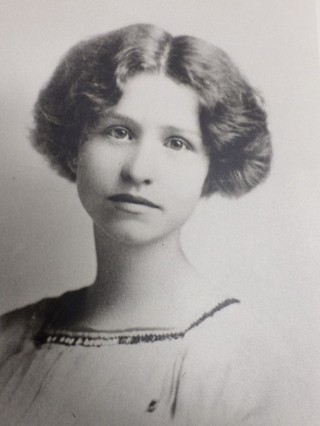 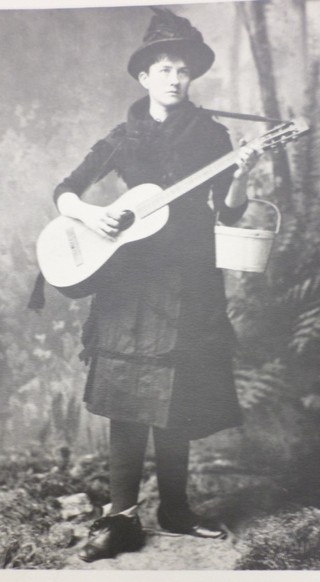 Vincent's mother, Cora, as a young performer before her marriage to Vincent's father 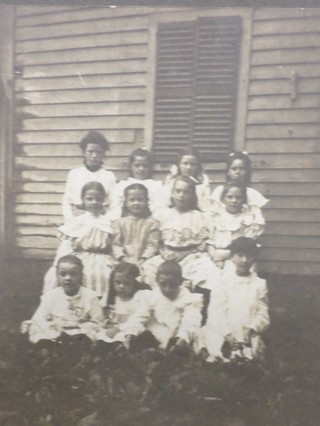 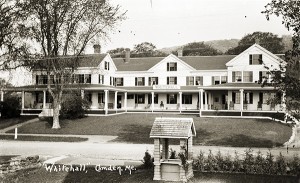 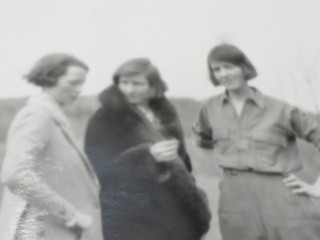 The three sisters as adults, from left: Vincent, Norma and Kathleen 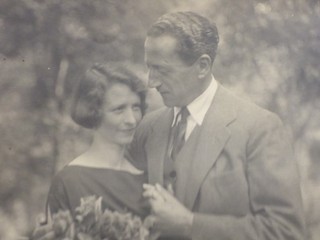 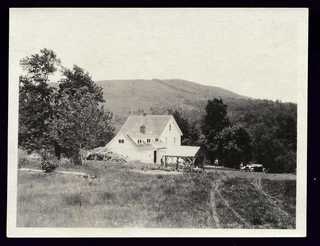 Steepletop--the abandoned farm Vincent and Eugen bought in Austerlitz, New York, in 1925, where she lived for the rest of her life 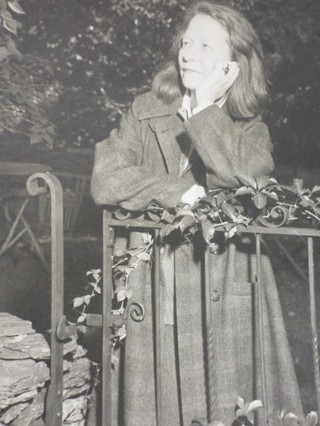 Vincent at Steepletop in the 1940s

She was a tiny, red-haired, high-spirited girl who loved to write poems, plays and music, and to perform. She grew up to be a tiny, red-haired, high-spirited woman, who became known as America’s greatest love poet. When she appeared on stage to recite her poetry, audiences went wild at the sight of the slight figure in the long flowing gown. Men and women sent her flowers and love notes. Can you imagine an audience going wild for a poet? That was how people reacted to Edna St. Vincent Millay, known to her family and friends as Vincent.

How did that little girl become such a sensation, who bewitched audiences with her words, her voice and her appearance? How did a girl raised in poverty in rural Maine grow into an international celebrity? And how did she come to write poems that still make us tingle when we read them today?

There is one word that captures the essence of Edna St. Vincent Millay and her writing: passion. She was a girl who, from her earliest years, threw herself at the world, taking everything she wanted from it and turning her life and all its experiences into stirring poems. One of her most well-known sums up her approach to life: “My candle burns at both ends/It will not last the night/But ah my foes and oh my friends/It gives a lovely light!”

Vincent’s creative vision, exuberant character and independent mind were formed during her unusual childhood on the rocky coastline of Maine, in a close-knit household made up of herself, her two younger sisters, Norma and Kathleen, and their mother, Cora. Cora, who had divorced their father when Vincent was eight years old, Norma seven and Kathleen only four, was a visiting nurse, which meant she was often away tending to patients in their homes. From the time Vincent was about 12 years old, she was in charge of the household when her mother was gone. There was never enough money, and always too much cooking and cleaning, but Vincent—even when she herself felt like an especially worn-out Cinderella—turned work and crises into games for her sisters. When it was time to dust, the three girls met in the middle of the room, each holding a rag; Vincent would call “Corner!” and each girl dashed to a corner and cleaned it. Once three corners were done, the girls attacked the fourth one together. One cold winter’s day, Cora came home from work to find that the kitchen floor had flooded, the water had frozen, and the girls were happily skating around on the floor.

It was Cora who instilled, and nurtured, the creative spirit in all three of her daughters. As a young girl, she had loved to write, to act, to sing and to play the piano, and she passed that love on to them; from the earliest days of their lives the sisters wrote songs, plays and poems, and drew pictures. Vincent was not quite five when she made up her first poem. She called it “One Bird” and this is how it went: “One bird on a tree,/ One bird come to me./ One bird on the ground,/One bird hopping round./One bird in his nest,/One bird took a rest.” You can see that she already knew not only about rhyming in couplets, but also had a good ear for the meter of poetry; all the lines have the same number of syllables so that the poem sounds like a little song.

Cora believed in and encouraged all her girls’ talents, but she knew that Vincent was the most talented. However little money there was (and there was always too little), she used some of it to mail Vincent’s poems and stories to magazines and contests, where they were often published. She let one of her patients repay her for nursing him back to life by giving Vincent free piano lessons, and shared her daughter’s sorrow when she was told that her hands were too small for her to fulfill her dream of becoming a great pianist.

Demanding, but unconventional, Cora supported Vincent’s rebellions: when, during eighth grade, Vincent argued incessantly with her school principal and he threw a book at her and told her to leave, Cora told him off in front of the student body, and then placed Vincent in the local high school, deciding that she was wasting her time at elementary school. (Later in life, Vincent was thrown out of Vassar College just before graduation for breaking too many rules, and her fellow students petitioned, successfully, for her return.)

As a result of their devoted early life together, Vincent was closer to her mother and sisters than to anybody else throughout her entire life. No matter how exciting her life, no matter to what exotic places she traveled, they were never far from her heart and mind. Even after she married Eugen Boissevain, a Dutch businessman, when she was thirty-one years old (the same year she won the Pulitzer Prize for her poetry), she took Norma and Kathleen with them for a luxurious weekend at the Ritz-Carlton Hotel in Montreal.

They never abandoned their youthful silliness; the sisters used their childhood nicknames, ridiculous as they were, throughout adulthood: red-haired Vincent was Sefe, blond Norma was Hunk and brunette Kathleen was Wump. “Listen Hunk,” Vincent wrote to Norma from France in 1921 when she was 28 years old, and a few months later, from England, she signed herself “Lub, Bincent.” In fact, Vincent liked to make fun, and be a silly tease and a flirt with everyone, not only her family. During that 1921 trip, she signed off a letter to a literary friend who shared her admiration for the Krazy Kat comics, with: “Is you lonsim, Ignatz? Nivva mindt, youse will be home in the swt bye end bye, end will tell Krazy all youse edvintures, end thet will be wondafil!”

A Deep Bond With Nature

Nature held a prominent place among Vincent’s passions. One of her high school friends remembers that “on walks she would make birds and plants and wild flowers as fascinating as people.” She wrote from an early age about the beauty of her surroundings. “Nest where two crooked branches meet; Hive in the hollow tree’s retreat,” she composed in 1908, when she was sixteen, in her poem “Homing.” One particularly vibrant autumn, she wrote: “Thy woods, this autumn day, that ache and sag/And all but cry with color!...”After she married Eugen, they bought a farm house in Austerlitz, New York, which they named Steepletop, after a tall pink weed that grew high in the fields on their land. If you visit Steepletop today and take a nature walk through the woods, every so often you’ll come upon a plaque bearing a few lines of Vincent’s poetry that express her joy in some aspect of those woods.

Her deep bond with nature was at the heart of the poem that made her famous, “Renascence.” Written when Vincent was nineteen, it won a place in a collection of the best poems of 1912, The Lyric Year, and thrust her into the spotlight, with poets and readers alike claiming that she should have won the first prize. One of the prize winners agreed, offering to give her his prize money (she refused). It’s hard to imagine a poem causing the uproar today that “Renascence” did one hundred years ago. Not only was there controversy over whether it should have received first place, there was loud, widespread disbelief that the writer, who signed herself E. St. Vincent Millay, could possibly be a girl of (now) twenty. It had to be “a brawny male of forty-five,” wrote one of the other poets in the collection.

Publication of “Renascence,” and the subsequent commotion, changed Vincent’s life. She won a scholarship to Vassar College, began to be published widely in magazines and then in volumes of her own poetry, and started moving in literary and bohemian circles in New York City and then Paris. She acted in plays and read her poetry to sold-out audiences. Even as her reputation grew, she continued to be the Vincent her family and friends had always known: she was funny, a little wild, spoke her mind, lived as freely as she chose and was adored by men and women alike. Her lifestyle was the embodiment of feminism in a time when women had just won the right to vote. Throughout her life, until she died in October 1950, she was as famous for her passions as for her poetry.

The Society's mission is to illuminate the life and writings of Edna St. Vincent Millay, and to preserve and interpret the character of Steepletop, her home and gardens